arrow_drop_down
Back To Docs Home

Before Admins can start creating services and scheduling people in Planning by WorshipTools, they'll need to add users, set their permission levels, and give them designated roles from the People page. Please note that the People page and its subpages are only accessible to Admins, so only Admin-level users will be able to follow along with the instructions below.

To manage roles and groups, click on People, then Roles from the left menu. You can create as many groups as you'd like, with various roles tucked under each group. For example, you may have a group for "Worship Team" that consists of roles such as Worship Leader, Vocals, Drums, Bass, Keys, Violin, etc. The image below shows examples of roles that may be part of a group for the "Pulpit Team." Use the various pencil icons on this page to edit groups or roles. You can also delete roles and groups from this page.

Adding Users to a Role

There are two ways to assign roles to users. The first method is to assign their roles when first adding them to the team. You can always update an individual's roles by clicking on their profile from the People page and editing their profile.

The second method allows you to update users per each role right from the Roles page. This is helpful when you need to modify multiple users under a particular role, rather than the roles of one specific user. To do this, click the pencil icon to the right of a role from the Roles page. On the following pop-up window, you'll see options to edit the role name, add or remove people, and delete the role altogether. 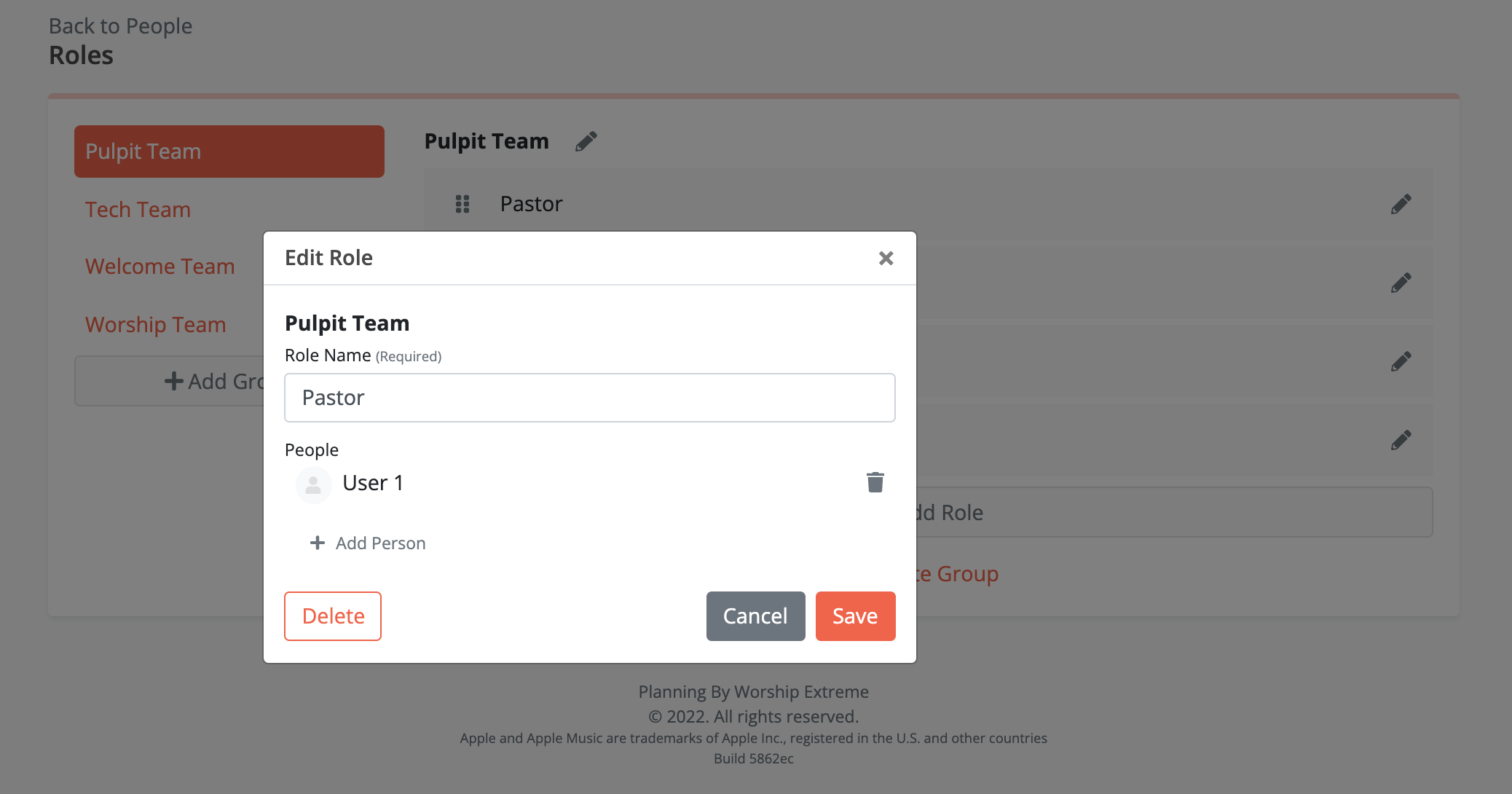